Fishing village located on the Costa de la Luz, in the southwestern province of Cadiz, in the region of La Janda. Its main attractions are its beaches, its mild temperatures, its beautiful pine forests, its important historical legacy and of course, its elaborate gastronomy of garden and sea increasingly devoted to international recognitions. For us, Conil de la Frontera is an ideal tourist destination to visit in any season.

As typical coastal Andalusian village, Conil de la Frontera is visited by many tourists from northern Europe, German, English, Nordic mostly all year round but when summer comes the village get crowded and its population grows about five times with many families with children, youth groups, couples, among others, national and foreign tourists.

Speaking loud and clear, which attracted the most attention of this beautiful village of fishing tradition is its open, extensive and still virgin beaches of fine white sand and crystal clear waters. Many people compare them with beaches bathed by the Caribbean but do not worry, not get confused, we are in Andalusia!

Conil beaches that stretch along 14 kilometers of coastline are divided into two, north intimate coves, secluded and refugees from the winds of the East and its cliffs, where the visitor is in direct contact with nature: “Camacho”, “Melchor”, “del Aceite”, “El Frailecillo”, or “la Encendía”. To the south, the beaches of fine, large and endless sand “Bateles”, “Castilnovo”, “Fuente del Gallo” or “Puerco” beach.

The coast is conspicuous by the absence of buildings on its shores. Certain historical events have been those who have led their conservation virgin, giving to who contemplates it a strange sense of unique landscape. In this post, we told you our favorite beaches on the Costa de la Luz. 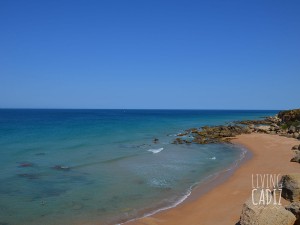 Leaving aside the beaches and coves of Conil, we can name some points of architectural and religious interest. Highlights: 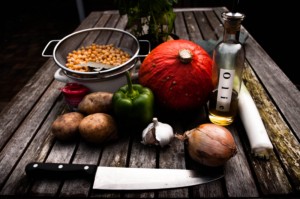 Conil de la Frontera also find the artistic creativity of the new Cadiz potters, ceramic works with own and very different applications and craftsmanship of vegetable fiber, rattan, rush, rushes and other, have worked in the area since time immemorial. We can also acquire Conil typical local products: preserves, such as tuna and frigate of trap, mackerel, octopus, tuna trap roe, salted, as the roe and tuna roe, products of beekeeping production as honey, pollen, etc., or the delicious pine nuts environment. We also found great virgin olive oils, wines from various parts of the province and exquisite cheeses like goat cheese payoya typical of the province of Cádiz.

Along its coastline we found several samples of military architecture that served as defense and warning during the Middle Ages, are the watchtowers. They were frequent in areas of war and fighting (hence it “de la frontera”) in addition to defend the area served to monitor and control the traps or Almadrabas.
La Almadraba is an ancient fishing technique, each spring is placed, for hundreds of years on the Cadiz coast, to catch a kind of tuna called “Bluefin Tuna”. A large tuna that comes every spring the Atlantic and across the Strait of Gibraltar to go to different parts of the Mediterranean to spawn. If you’ve never had the experience of sailing with dolphins, whales and orcas you can organize with us sightings in Tarifa Strait of Gibraltar. 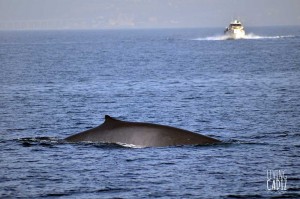 Whales and dolphins in the Strait of Gibraltar.

Regarding Conil’s gastronomy, we recommend dishes like baked sea bream, tuna with onions and larded, stuffed squid, rice with dandelions, cabbage, peas or thistles, among others are an absolute delight for the palate. The exquisite sausages, such as chicharrones, sausages, “manteca colorá” (kind of butter) and its famous pastry Easter, rosquetes and cupcakes are the sweetest recommendations.

Special mention should be “Tuna Week” gastronomic route, which takes place in mid-June in the best restaurants in Conil to taste dishes in which the king is the fresh tuna, “pata negra sea” product from the legendary Almadrabas. We had already talked a bit of Tuna in Cadiz here.

Parts of the Tuna

From Conil, and traveling just a few kilometers, you can make visits to natural areas of high ecological value such as the National Parks Sierra de Grazalema and Arcornocales, the Natural Park of La Breña, the marshes of Barbate or the Natural Bay Park of Cádiz. Another option to enjoy the outdoors and quiet is the Route of the White Villages: Arcos de la Frontera, El Bosque, Grazalema, Ubrique, Olvera…amongst others.

Monumental and rich heritage cities are also within easy reach, such as Cadiz, capital of the province, with its interesting historic and charming town surrounded by sea; Jerez, home of the Carthusian horse and the best wines, are just 30 minutes. Seville, capital of Andalusia, just an hour and a quarter, while Ronda can be reached in an hour and a half.

Finally, and coming back to Conil’s information we can add two more interests:

This space is a very significant Cadiz coast where joins the countryside with coastal enclave. A clear example of balance between human beings and their farming and livestock, with mirrored coastal dynamics in influencing the territory and the uses carried out of the ground along the centuries. They remain of ancient salt fields of dry crops (mainly cereals), representing the Retinto cattle breed (indigenous cattle) incorporated into recovery plans, wells troughs, etc.
A place where they fit many natural elements and has a spectacular landscape that highlights the lookout Castilnovo, old watchtower lookout for coastal defense and surveillance, as well as traditional trap tower. Passing the Castilnovo grassland we find the beach of El Palmar, we can talk about it in another post as well as the hiking trail or bike connecting the two beaches.

The river flows near the town of Conil, in the natural environment that forms the Castilnovo grassland. But the tides, the sands of the beach, etc. have changed several times its mouth, if it is generally perpendicular to the sea, at other times he has turned right and has spread past the town, on the beach of Bateles. In the days that the wind and waves are favorable, you can practice Surf and Kite, the mouth of the Salado river is an excellent spot for learning and practice the latter sport. 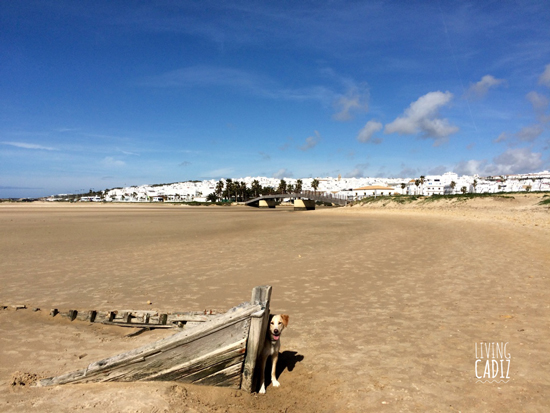 Our best holiday houses in the area